Tuesday, September 19, 2017 — DANIEL GADD AND 107 RECORDINGS ARE PLEASED TO ANNOUNCE A DEAL WITH CARGO FOR CD AND DIGITAL RELEASES.

Daniel Gadd is 26 years old. He’s British-South African. He grew up in South Africa, lived in Spain for a year and after that found his way to London…

We heard Daniel Gadd by pure chance. A flickering neon sign occupied a corner of the stage. Daniel took to the stage. He plays guitar and sings. We happened to be there. Immediately we began to listen. That dark basement in central London, a haven far from the concerns of people on the streets above, was the best place to be in London that night.

The audience was spellbound. And then just as he seemed to be finishing up, someone shouted out “one more!” “Okay, thanks…is it okay if I do one more?” asked Daniel, wondering for a moment, not sure if it was. The venue booker by the door did not hesitate and nodded the go-ahead. Daniel played on. And we were very glad to be there.

It turned out that Daniel Gadd had somehow got to London via Spain, and he had been in London for a year. He composes and scores for film, and also works as a film composer’s assistant, during the daytime.

At night he likes to play gigs. He’d even recorded an album of songs by the sea at Kalk Bay, a small fishing village that’s become part of Cape Town. But he hadn’t known what to do next. Well, we said, we love your music so let’s meet up soon. A few days later we met Daniel at Foyles bookstore café at 107 Charing Cross Road, in London.

The album he’d mentioned is his remarkable debut. As If In A Dream I Drifted At Sea will now be released on CD and digital through Cargo. Daniel named his label 107 Recordings in recognition of the Foyles meeting where the idea for the release of this album was born...

* For more information and to RSVP for the gig please contact us now at Delta... 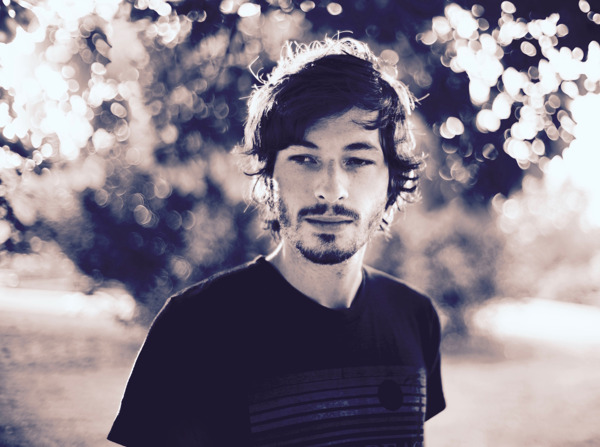