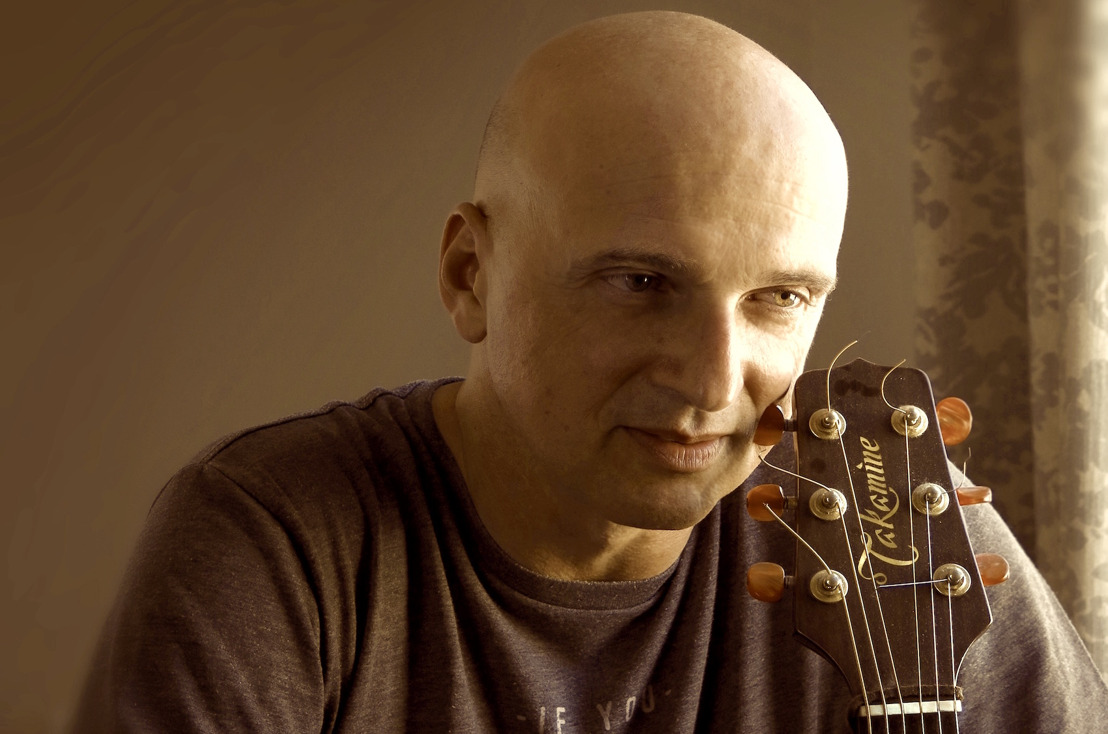 Spanish songwriter/guitarist and screenwriter/director Rafa Russo’s travels have taken him from his native Madrid, through the folk clubs of New York and London and finally back to his homeland. But it’s clear his spirit has only ever been in one place... Laurel Canyon. It’s in the fabled California songwriter hills of the late 60s and 70s that Rafa mines his songs and new album This Strange Place is packed full of his golden treasure. Listen to the voice break open at the minute mark on Something Like Home and you might see a glimpse of Joni and Jackson, arm in arm over by the log cabin...

Rafa started his musical career in New York in the early 1980s, playing fabled Greenwich Village clubs such as The Bitter End and Folk City. In 1988, he moved to London. He stayed for nine years. The city was then undergoing an acoustic revival and Rafa was a regular at the capital’s many open mics such as God’s Little Joke, the Diorama and the legendary Troubadour club - this place was so acoustic that there wasn’t any amplification at all.

In London, Rafa released his first album A Petrified Forest in 1990, gaining favourable reviews from the UK press including NME: “an accomplished debut of folky, jazzy, bluesy and heartfelt mood swings.” The single from the album, Devil’s Angel, a Buddy Holly-esque pop song, made it onto both BBC Radio One and the fledgling late night television show Night Network. Support slots with Tori Amos, Melissa Etheridge, Zucchero and John Martyn followed. And then in 1994 he was picked up by renowned British producer Mike Howlett who recorded and put out Rafa’s second album Despite Myself on the new Mauve label.

However, shortly after the release of his third album Raging Clowns (1996), things took an unexpected turn when a script Rafa had written was made into a film by Spanish director Maria Ripoll. If Only, also known as The Man With The Rain In His Shoes and Twice Upon A Yesterday was released in 1997 and featured a young Penelope Cruz. The film won Best Screenplay at the 1998 Montreal Festival and suddenly a new career was born. Music then had to take a backseat.

Thankfully Rafa’s muse was happy to go along for the ride and wasn’t in any particular hurry, it turned out. The self-released Sunken Ships (2011) showed the songwriting was as strong as ever. And now This Strange Place is set to arrive, released by London’s Scratchy Records. It’s a haunting collection of songs looking back, searching for possible wrong moves, reflecting on brief encounters and the changing seasons of relationships. There’s also a sense that maybe Rafa’s screenwriting and directing has informed his music, as traditional song structures are replaced by songs that gradually reveal themselves with twists and turns and new plot lines. Opener Half A Chance is built on this slow-release drama, likewise Beautiful Stranger with its instantly familiar refrain.

Rafa’s ace studio band adds double bass, piano and other flourishes where necessary, and his long-time collaborators from the London years, Martin Ansell and Debbie Cassell, are on hand for BVs on Beautiful Stranger and Summertime. We even get a magical orchestral arrangement reminiscent of Led Zeppelin’s The Rain Song on album closer Where Do You Go.

Rafa is back at last and very welcome he is too. He’s home, strange as it may be...

From Half A Chance

And so you squeeze in

To the morning train

Where was the wrong turn?

Or was it never there?

Was it a secret

Everyone but you shared?

I’m not even your second choice

You’re not even mine

But you know you won’t regret me

And when the morning comes

I won’t need to pretend

To fill the emptiness

In your soft breathing waves

In the thought that if you ever find him

From Where Do You Go

Where do you go, garbage lorries

Late at night when silence falls

Tell me what impossible stories

You’ve collected from our doors

Gone the stilt-walkers, gone are the dancers

Whichever side it lands on, I know I’ll still stand

Cause it’s me and my windshielded sky

Just me and my windshielded sky

Rafa Russo on his guitar-playing:

I play a Takamine acoustic and a Rickenbacker electric. I’m really into alternate tunings and an Ani Difranco, Neil Young style of guitar playing. I suppose my trademark is the chuggy, percussive acoustic stuff I play on Throwaway Days. When I play solo I sometimes do this guitar-smacking effect to create the feeling of a band joining in. I like to combine the sweetness of some alternate tunings, with open strings ringing all the way through, with the grit of the chuggy, percussive guitar playing.