A seasoned performer and recording artist of ten years standing, London-based Sean Taylor has achieved a special maturity with his new album Flood & Burn. It stems from experience, but also from the excitement in the artistic freedom that experience can sometimes bring.

Sean Taylor puts it like this: “I felt a freedom and confidence in writing the original songs, and in the making of this recording. And that’s exciting.” It sure comes across.

Recorded in Austin, Texas by ace producer Mark Hallman, who is known for his work with Eliza Gilkyson and Tom Russell amongst others, Flood & Burn is big enough and confident enough to embrace a variety of genres, a range of feel and texture. And this is with such a rare ease, fluidity and mastery that it works completely towards being first of all a great Sean Taylor album.

Let’s mention just a few songs from this striking album. Codeine Dreams sets up the free and full scope of Flood & Burn with a dream. Cruelty Of Man is close to jazz; there is something of a jazz undercurrent to the set. Troubadour and Life Goes On have featured in Sean’s live gigs for a couple of years and each has grown over time. Sharp, gorgeous lyrics are everywhere.

Heartbreak Hotel is the one cover — one of Sean’s favourite songs, it features Eliza Gilkyson as a guest on backing vocals, Mark Hallman on bass and Andre Moran on slide. And it’s excellent. Majestic closer Better Man is all about the beauty and the danger of being a musician. Written with double bass legend Danny Thompson in mind, it features Danny playing. Danny delivers. “It sticks in my brain,” says Danny. What better way to close out this album could there be.

For the guitar-minded, two particularly wonderful guitars were used by Sean on this album: a 1951 Gibson J45 acoustic and a Fender Stratocaster 1962 re-issue.

“Flood & Burn may be the best thing I have ever done,” says Sean Taylor. And Sean’s got to be right there.

The schedule at present is: the album release is February 2017 (Feb 3rd); Sean plays London with his band (The Green Note, Camden, Feb 26th) and tours the UK and France Feb-April 2017. 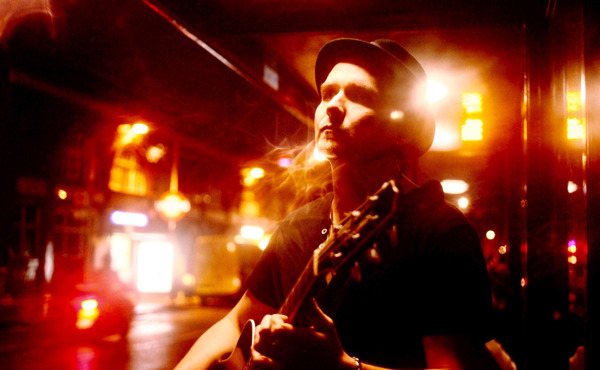