Wednesday, February 14, 2018 — Welcome to the first new Curator album in five years. It’s The Curator's third album, following Sometime Soon (2010) and Inside The Whale And Other Stories (2013). The Curator aka Alistair Murphy is a mysterious figure. Little is known for sure, except that he lives in Cromer, England by the sea. He co-produced and co-wrote Talking With Strangers by Judy Dyble (2009) and produced and co-wrote Flow And Change also by Judy Dyble (2013). Alistair has also arranged, played on and produced all but one of the tracks on Judy Dyble's forthcoming album Earth Is Sleeping, to be released in July 2018 on Acid Jazz. We tracked him down and here he tells us about his forthcoming album Where The Stars Will Give Way To The Morning…

“I had no preconceptions, other than that I was going to make the guitar the starting point. I also decided to write about the contemporary world. The previous four albums I have made, two of my own and two with Judy Dyble, mostly followed a pre-agreed direction: a lot of the songs on those albums were written before recording and centred around keyboards, the piano in particular.

This time, over a period of six months, as and when time allowed, I would pick up a guitar and start playing. Often I recorded the first thing that came to me. In this way, I built up a series of fragments. When I had enough material, I mixed and matched. And I thought I would have a go at writing the string and horn arrangements myself. Finally I started to create tunes and lyrics for them, and slowly the songs revealed themselves.

The Winter Sun — the first lyric I wrote for the album. Driving down the M11 and crossing the M25 you suddenly come over a hill and see the City of London in the distance, much as you see Stonehenge driving west. It struck me that we have created a new religion. Once it was the sun rising, now it’s the economy. The Winter Sun describes the long economic winter and the hope that one day we might emerge blinking into the sunlight. The title of the album comes from this lyric. So do the subjects of many but not all of the songs…

It Crackles (and It Spits) — the starting point is the string arrangement over the main guitar riff. A fiery kind of cacophony is attempted and hopefully achieved. An edited version of this track will be released as a digital single.

Tom-All-Alone’s — again refers to the contemporary world, with the help of Charles Dickens and a somewhat crazy old lady.

The River — one of the songs that features wonderful horns played by Laurie A’Court. If I said these arrangements were not influenced by the arrangements of James Pankow on Chicago’s early 1970s albums it would be untrue.

Walking Around The World (Albert’s Song) — Albert Speer was Hitler’s architect. Originally a decent educated man, he was corrupted by the promise of architectural greatness. In Spandau prison he walked the equivalent of half way around the world, imagining places he was passing through as he paced the prison yard. A modern young careerist who travels the world in a gap year and then ascends the ladder of success features here too.

Chloe — the first album I bought as a teenager was Soft Machine’s Six. My favourite track was Chloe And The Pirates. I thought if I had a daughter I might call her by that name. This song is dedicated to my virtual daughter as she reaches 18 and heads out into the world in the company of the Pirates.”

An exhilarating, thought-provoking and strikingly musical album of warmth and rare distinction. No one else could have made this. It's The Curator at his most brilliant.

Album: release date late May 2018, date to be confirmed.

Single: It Crackles (And It Spits) (Radio Edit), release date to be confirmed.

Album credits and lyrics: please click the link below.

Formats: Where The Stars Will Give Way To The Morning by The Curator will be released on Gatefold Vinyl (also includes the album on CD), CD (budget price and deluxe editions), and Digital. 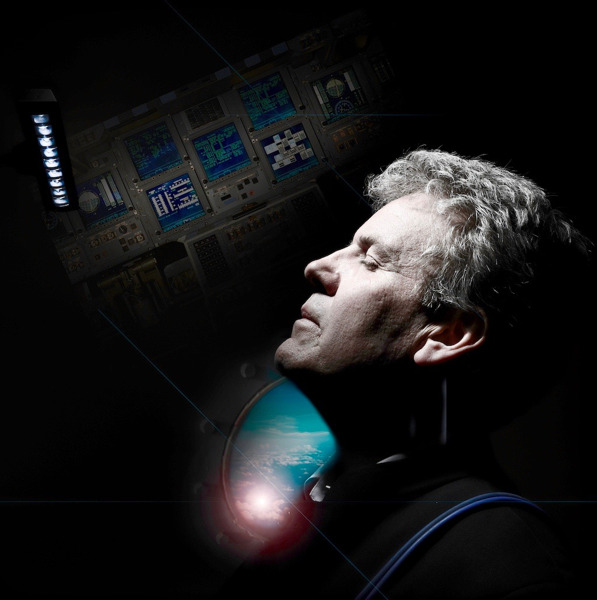