* SHOWING FOR THE FIRST TIME OUTSIDE THE USA *

ALL THE LABOR: THE STORY OF THE GOURDS

Sure, you can call The Gourds a rock band from Austin. And you can call Austin a city in Texas. And in so doing, you can miss all of the reasons why people across the world get giddy and starry-eyed when they talk about The Gourds, or Austin, or both. In many ways, The Gourds are the musical distillation of Austin’s colourful culture itself: genre-defying, boundary-pushing, unpretentious, gregarious.

Enter ALL THE LABOR: THE STORY OF THE GOURDS, a documentary by Montana filmmaker Doug Hawes-Davis that takes aim at the elusive, ever-moving target that is The Gourds, making its international premiere at Regent Street Cinema on Saturday 24th March as part of the SoundScreen London Music & Film Festival. Comprised of candid conversations, blazing performances, on-tour media interviews and insight from friends and family, the film captures the unbreakable backbeat and creative spark of “the national band of Austin” (New York Times).

Filmed over the course of eight months and featuring archival footage shot nearly two decades previously, ALL THE LABOR is itself the product of an unconventional yet uniquely fitting collaboration. Hawes-Davis, a veteran documentary filmmaker with over 30 titles to his credit, has made a career of explaining the virtually unexplainable in his films. But little prepared him for the challenge of chasing The Gourds around the country in a beat-up tour van, trying to capture all the mystique.

Everybody is talking about Spotify, etc and the pros and cons of ‘free’ music and music streaming generally. Musician and filmmaker Rain Perry, in a striking debut film making its international premiere at Regent Street Cinema on Sunday 25th March as part of the Sound Screen London Music & Film Festival, confronts this fundamental issue, and what it means for music, head on by telling the story of The Congress House Studio and ‘The Shopkeeper’ aka ace musician and music producer Mark Hallman.

Mark’s Congress House Studio is the longest continuously operating recording studio in Austin, Texas. But this film shows Mark Hallman struggling to keep his studio open in the era of streaming. Times are tough for studios and producers. Yet it is producers, along with the recording studios where they work, that provide the vital spark for great music and very often a way of connecting musicians together. The studio is a hub for creative work and a centre of knowledge.

Funny, pertinent, insightful, intimate, with great music and interviews with Ani DiFranco, Eliza Gilkyson, Iain Matthews, Tom Russell and many more, plus wonderful archive footage including Mark with Carole King, THE SHOPKEEPER captures both the resolute spirit and the frustration felt by musicians today. And in many ways it tells and celebrates much of the story of music from back in the 1960s right up until today.

“Beautiful film! I loved it!” MARY GAUTHIER
“Check this documentary out” ANI DIFRANCO
“A note so deep...a kinship” NO DEPRESSION
“A story that matters” RED GUITAR MUSIC
“A must see movie” ARTISTS RIGHTS WATCH 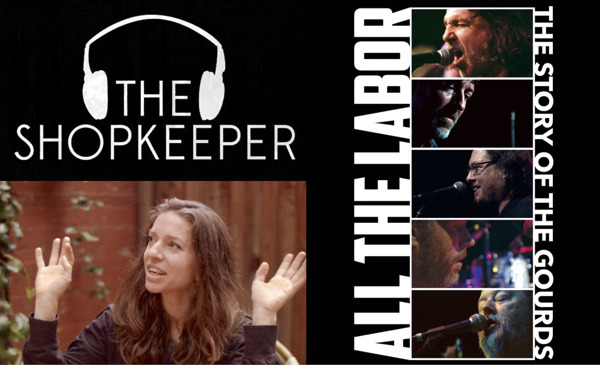