Sunday, February 12, 2017 — In response to national radio play and audience feedback, Nigel Stonier will release the gorgeous single You Need Love from his forthcoming album Love & Work. Nigel Stonier is one of the UK's most accomplished contemporary singer-songwriters. His songs as writer or co-writer have been recorded by, for example, Thea Gilmore, Erin Rocha, and Clare Teal. The new single You Need Love features Robbie McIntosh (Paul McCartney, The Pretenders) on guitar and James Hallawell (Graham Parker, The Waterboys) on Hammond organ, and Thea Gilmore on backing vocals. Song titles from Nigel's forthcoming album Love & Work include Turnaround Town and You Breathe New Life In To Me.

On the new single: "The starting point was a conversation with a friend, which left me feeling vaguely sad and not knowing why. Thinking on it the following day, on a train to Cambridge, I realised why, and drafted the lyrics. I knew I didn't want things to get too sweet, so instead of calling in the string section I asked the wonderful Hammond-meister James Hallawell to give me his best Al Kooper organ. He responded brilliantly and it all seemed to come to life," says Nigel.

Nigel Stonier is a producer as well as a songwriter and multi-instrumentalist. His musical adventures have seen him wearing these various hats in various combinations for a range of artists including Clare Teal, Robert Plant, Mike Scott and the Waterboys, Martha Wainwright, Gretchen Peters and Fairport Convention. He is regular producer-of-choice to Thea Gilmore, whose last two Top 40 albums he produced and whose last six radio-playlisted singles he co-wrote.

In addition to the established names, Nigel Stonier has produced successful breakthrough records for cult acts such as the Welsh band Songdog and the young award winning folk artist Kelly Oliver. His songs have featured on hit movie soundtracks including the 2006 box office smash Confetti. And he co-wrote London, used as theme music for BBC TV coverage of the 2012 Olympic Games.

Nigel Stonier has released several solo albums. His last album Built For Storms from 2014 included the single I Hope I Always.

The new single and album are produced by Nigel Stonier and Seadna McPhail and are to be released by Shameless Records.

Tour dates: are to be announced.

"Literate, melodic, and quirky in all the best ways" Neil Gaiman.

Pics, cover artwork and links are below. For more info please contact us at Delta PR in London. 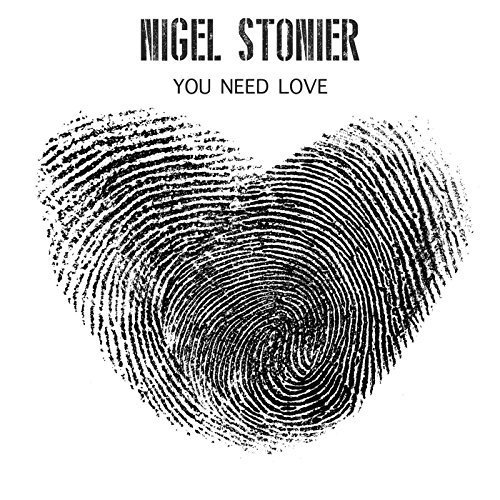